Niels Henrik Abel was born on the island of Finnøy, outside Stavanger, on 5 August 1802, the second son of the parish priest Søren Georg Abel and his wife Anne Marie Simonsen. Two years later, Søren Georg Abel took over as the parish priest of Gjerstad, near Risør, after his father Hans Mathias Abel. In 1815, Niels Henrik enrolled at the Cathedral School in Christiania, as Oslo was called at the time. His incredible talent for mathematics was discovered in 1818, when a new mathematics teacher, Bernt Michael Holmboe, joined the school. Only recently qualified as a teacher, the young Holmboe introduced Abel to both classical and contemporary mathematics literature. Abel studied works by Isaac Newton, Leonhard Euler, Joseph-Louis Lagrange and Carl Friedrich Gauss, as well as contemporary journals. Eventually, he started writing his own small works, and towards the end of his school career, he was working on a problem that had confounded mathematicians for more than 200 years: finding an algebraic solution for the general fifth-degree equation (the four arithmetical operations – addition, subtraction, multiplication division – plus root extraction).

In 1820, his father died, and the family fell on hard times. However, Niels Henrik Abel was able to start studying at the University of Christiania in 1821, thanks to an offer of free accommodation at the Regentsen student home and private support. After taking the general, preparatory “second examination” in 1822, he continued to study mathematics on his own, as there was no scientific programme of study at the time. A number of professors supported him financially, and Christopher Hansteen also welcomed the gifted young student to his home, where he enjoyed fruitful discussions with and received good advice from Mrs Hansteen.

In 1823 and 1824, Niels Henrik Abel published his first academic articles in the newly formed science journal Magazin for Naturvidenskaberne. One of the articles described the solution to an integral equation. In winter 1824–1825, at his own expense, he published proof that the general fifth-degree equation cannot be solved using algebraic operations, thereby resolving a mathematical problem that had remained unsolved for 250 years. In summer 1825, he applied to the King for a scholarship to travel to Göttingen to visit Carl Friedrich Gauss, and then on to Paris, which was the main centre of mathematics at the time. His application was granted in September, and shortly afterwards he set off on a two-year journey around Europe. At first he travelled with some friends, including the zoologist Christian Peder Bianco Boeck and the geologist Baltazar Mathias Keilhau. However, they wanted go to Berlin and the Alps, and Abel ended up travelling with them instead of going to Göttingen.

He spent winter 1825–26 in Berlin, where he met August Leopold Crelle, an engineer with a burning interest in mathematics. They quickly became firm friends, and Abel encouraged Crelle to realise his dream of publishing a journal devoted to mathematics. The first issue of Journal für die reine und angewandte Mathematik (Journal for pure and applied mathematics, also known as Crelle’s Journal) was published in spring 1826. It was in this journal Abel that published most of his mathematical works 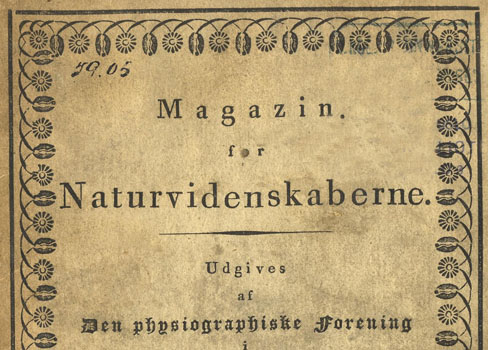 From Berlin, the group travelled to Switzerland and Italy, before finally reaching Paris in June 1826. Abel had been saving his best work for the prestigious Académie des Sciences in Paris. Getting an article published here would ensure a much larger audience for Abel and bring him instant fame and recognition. In October, he finished his treatise Memoire sur une propriété générale d’une classe très étendue de fonctions transcendantes (later known as the Paris treatise). He submitted it to the Academy on 30 October 1826, but the treatise was mislaid and was not published until after Abel’s death. While staying in Paris, he met the Norwegian artist Johan Gørbitz, who painted the only known contemporary portrait of Abel in autumn 1826.

In December 1826, Abel travelled from Paris to Berlin, where he met up with Crelle again. In May 1827, he returned to Norway, with no money and no work. To survive, he gave private lessons, while churning out articles at incredible speed that he sent to Crelle in Berlin. In spring 1828, things started looking up and he got a job substituting for professor Christopher Hansteen, who was heading off on a scientific expedition to measure and map the geomagnetic field in Siberia.

Profession: Senior lecturer in astronomy at the University of Christiania (temporary replacement 1828 and 1829)

Member of the Royal Norwegian Society of Sciences and Letters in 1827.

The Abel Prize was created in 2002 and is awarded each year for outstanding scientific work in the field of mathematics.

After the end of the autumn semester 1828, Abel travelled to Frolands Verk outside Arendal, where his fiancée was a governess. During a Christmas ball, he fell ill and began coughing up blood. He never recovered and died on 6 April 1829. A week later, he was buried in Froland Cemetery. On the same day, his follow student Andreas Faye wrote: “With well-founded hope, the whole fatherland believed to have found in Abel a man whose knowledge and genius would bring the fatherland fame and make the University known throughout Europe, but cruel fate wanted otherwise, and our Abel died 26 years old.” Thus, even as a young man, Abel was expected to play a role in the grand project of building the new nation of Norway. He retained this position despite his death, and Niels Henrik Abel is one of a handful of Norwegians to have achieved an almost mythical status, despite the fact that most people will not be able to understand his mathematical works.