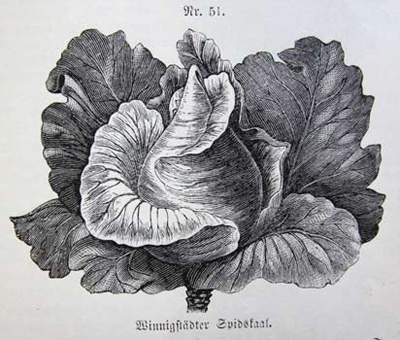 From 1852, Frederik Schübeler (1815–1892) was responsible for cultivating and testing crops, to find out which it could be profitable for Norway to grow. He had a background in both medicine and horticulture, and hoped to take over as the head gardener of the Botanical Garden. He did not get the head gardener job, but in 1866 he was made professor of botany and became the manager of the University’s Botanical Garden. Schübeler is known as the “father of Norwegian horticulture”.

Testing stations from north to south

The Botanical Garden was established in 1814, and one of its objectives was cultivation and testing of new crops. However, this project had never really got off the ground in the first few decades, due to a lack of personnel and money. Under Schübeler’s leadership, by contrast, experimental cultivation was not only put back on the agenda, it was taken nationwide. Where could we grow what? Schübeler established an impressive network of volunteers all over Norway. Each year, his team, which comprised vicar’s wives, vicars, farmers, doctors and teachers, received large parcels of seeds that Schübeler had harvested in the Botanical Garden in Oslo.

No larger than croquet balls

Corn, switchgrass, barley, spinach, rhubarb, saffron... Schübeler cultivated a wide range of plants, harvested the seeds, and sent packs of seed out to the testing stations. Not all trials were successful. Of a cabbage, Schübeler reported: “I sent seeds of Amager cabbage, which had been cultivated with great care in Christiania, to Vadsø in spring 1883. The cabbage heads grew no larger than croquet balls.”

The seeds were to be tested in different climates. The University’s unpaid experiment hosts accurately noted down information about the cultivation of each individual plant. Louise Holm, a vicar’s wife in Tysfjord in northern Norway wrote: “Every spring I received a parcel containing seeds, at least 100 different varieties, which all had to be grown and tended, and for each I had to note: when they were sown, when they flowered, their height, and whether they produced ripe seeds, which then had to be sent in. [...] Each spring, I objected that there were too many varieties, but the professor, interested only in his science, did not seem to understand. Professor Schübeler’s did not believe in obstacles.”

At the project’s peak, there were 80 testing stations. The trials went on for almost 40 years. Schübeler published all his findings in Viridarium Norvegicum – Norwegian flora, a three-volume work with detailed information on the many thousands of cultivated and wild plants found in Norway. This impressive work contains a lot of statistical information that Schübeler had collected from his testing stations, as well as climate maps compiled by Henrik Mohn, a professor of meteorology.

Super seeds from the frozen north

Norway was dependent on importing seeds from warmer climes, but did it have to be so? Not in Schübeler’s opinion. On the contrary, he found that many plants that were cultivated in the north had, within just a few generations, become larger, stronger, and in many cases more aromatic. Darwin’s theory of evolution had not yet established itself. Schübeler believed that the plants’ genetic material was positively influenced by the Nordic climate – in line with that era’s scientifically accepted theories of heredity.

The obvious conclusion was that Norway had great potential as a centre for seed cultivation in Europe for export to countries further south. Our cold climate might thus actually be a national economic advantage. The botanist held this belief right to the end.

Lavender was one of the plants that Schübler believed had a better aroma and yielded more essential oil in Norway, compared with lavender imported from Mediterranean countries. Schübeler called for large-scale cultivation of lavender along the Norwegian coast as a new export industry. He detected a clear difference in aroma between lavender grown in Christiania and lavender grown in Trondheim, some 400 km further north. This was obviously an industry that warranted development.

Norway had several large beer breweries in the mid-1800s, and hops had to be imported, in large quantities. Schübeler thought Norway ought to be self-sufficient. He acquired top-quality hop plants from Bohemia and planted a hop garden in the Botanical Garden for cultivation and distribution. It was a different story for the tobacco industry, however. Schübeler concluded that tobacco cultivation did not have a future in Norway. Tobacco grown in Norway had “a very unpleasant smell and taste” and would never be able to compete with imported tobacco.

Schübeler’s great project was discontinued after his death. His crops project had an impact on agriculture, horticulture, forestry, industry and trade. He was assisted by a small team in the Botanical Garden, as well as a nationwide network of hard-working idealists who wanted to contribute to the advancement of the young nation and science. Nation-building also involved getting mud on your hands!

Schübeler was a great believer in education for all. In addition to his opus magnum Viridarium Norvegicum, he also published a number of books and pamphlets on gardening and grafting trees. Not only are the books beautifully illustrated with drawings of plants, they also contain accurate illustrations of a variety of tools and handy tips.