Norway had been under Danish rule since 1536. The establishment of a Norwegian university in 1811 was an important milestone in Norway’s push for greater autonomy and its own state institutions. Once the question of a Norwegian university had finally been decided, and the new institution’s birthday on 2 September 1811 had been duly celebrated, it was time for the practical work to begin. One of the tasks was to set up a faculty of medicine – a medical school on par with those found elsewhere. The curriculum and teaching needed to be at least as good as what was available to young students in Copenhagen. But why was it so important to establish a medical school, when none of the framework conditions were in place in Christiania (Oslo)? They had to start from absolute scratch. There were no teaching premises. Nor was there a teaching hospital!

Denmark had long traditions of medical education. For example, in the eighteenth century there were two ways to get an education in what we would now call the medical profession. Surgeons, who took care of wounds, injuries, skin diseases, etc., were educated and organised as craftsmen. Training took place through apprenticeship with an experienced surgeon, and surgeons were organised in guilds, like other craftsmen. Doctors were academics, educated at the University. They gained most of their knowledge from books, and in their practical medical work, they mostly dealt with internal diseases. 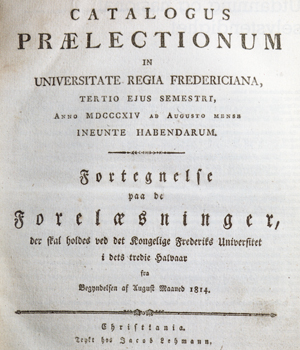 The academic medical knowledge and the mindset back then were quite different from ours today. There were a number of different theories and ideas about what disease was and how best to treat it. There was very little consensus between the various systems and schools of thought. Retrospectively, this is hardly surprising, as the theories were rarely based on systematic, empirical observation; rather, they were the result of logical thinking. The terminology was also very different. Until the 1820s, the names of the diseases, i.e. the diagnoses, were largely based on symptoms, not causes. Variations in symptoms of what we would today classify as a single disease could therefore result in many different diagnoses. For example, in the eighteenth century there were thick tomes on fever, with subdivisions and therapies based on variations that we now find insignificant both for diagnosis and treatment. Doctors also needed to be well versed in the classics to master the Ancient era’s humorological pathology, which regarded many diseases as an imbalance in bodily fluids, linked to the four elements.

By the eighteenth century, it was already recognised that it was inefficient to divide health work into two separate professions, one of which required practical skills, but was lacking in theoretical knowledge, while the situation was largely reversed in the other. In 1736, the education of surgeons was therefore formalised through the establishment of a school of surgery in Copenhagen. 1757 saw the opening of the large Royal Frederiks Hospital in Copenhagen as a teaching hospital for both groups of medical professionals. 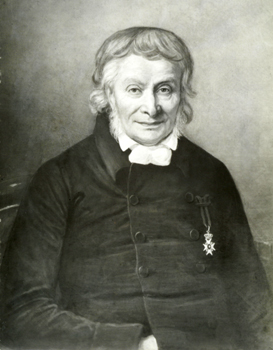 Norway’s first professor of medicine, Michael Skjelderup. Drawing after a painting by Johan Gørbitz from 1847.

The main reform came in 1785, however. Based on developments in Austria, the Royal Academy of Surgeons was established in Copenhagen – a school of medicine with a curriculum that combined the best and most relevant elements from the education of surgeons and doctors. The underlying idea was that theory and practice should go hand in hand. The Academy in Copenhagen was in a purpose-built, modern teaching building, which is now the Medical History Museum. The auditorium was – and is still – highly impressive and functional. The Academy also had laboratories for anatomical and physiological work. With the large teaching hospital next door, the doctors in Norway were educated at a well-established and well-equipped medical school.

In connection with the planning of Norway’s first national university, the Royal Frederick University, there was widespread consensus that the nation needed a modern medical education to match that on offer in Copenhagen. And that it was simply a case of getting straight down to business! Norway’s first professor of medicine, Michael Skjelderup (1769–1852), was a priest’s son from Hof in Vestfold. He had trained at the Royal Academy of Surgeons in Copenhagen and had been made a professor at the University of Copenhagen in 1805. Skjelderup came to Norway at a very dramatic time on 1 June 1814. Some six months earlier, the Danish King had handed Norway over to Sweden, as part of the peace treaty in the wake of the Napoleonic Wars. On 17 May the same year, an assembly of Norwegian nobles had refused to accept the peace treaty and had drawn up a constitution for an independent Norwegian state. To force the peace treaty through, the Danish king demanded that all travel between Denmark and Norway must be made by road, i.e. through Sweden, where Norwegians were required to swear allegiance to the Swedish king. Schjelderup bypassed this by buying a ship, filling it up with passengers and crossing the sea to Norway. The crossing was quite dramatic, as the ship was fired at by a Swedish frigate 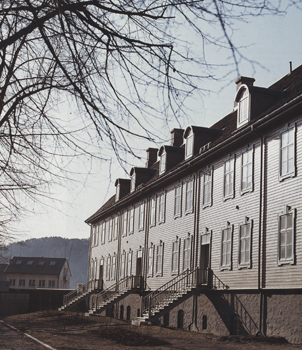 The new medical education in Christiania lacked everything at the beginning of the first semester. For example, Skjelderup had to make the necessary anatomical preparations for use in teaching himself. Luckily, there were only three students to begin with. The curriculum that had been agreed upon was fairly similar to that at the Royal Academy of Surgeons in Copenhagen. However, the only hospital that could possibly serve as a teaching hospital at the time was the Military Hospital in Christiania, built in 1807. Skjelderup and his subsequent colleagues had to start completely from scratch. This was a huge task, and of course there were problems along the way.

But the reason why medical training was to be provided, against all odds, was probably mostly political. The University was a symbol of national independence. Its purpose was to educate an elite for the local communities. Doctors were part of the local elite. And now they were to be Norwegian.

With a political goal of this calibre, it did not matter if there were a few practical problems to overcome!