From the very outset in 1858, the institution had two main purposes. By mapping Norway’s bedrock, geologists would contribute to new knowledge about the nation’s geology, including the scope and the potential usefulness of mineral deposits, thereby creating a good decision-making basis for the exploitation of natural resources. NGU’s surveying work was also intended to strengthen the scientific community in Norway and contribute to a new, more systematic overview of the country’s geological formations and deposits. A form of social contract between the state and the research community was thus the basis for its establishment. Geologists had their area of activity expanded and were given more money for research, in exchange for concentrating some of their efforts on mapping work that was or could be useful for commercial and industrial development. This societal mission has been managed and interpreted in various ways over the years since 1858.

In the first phase, from 1858 to approximately 1890, the social contract was strong, for several reasons. In the first 20 years, Theodor Kjerulf, who took the initiative to establish NGU, and the small team of assistants he hired, made good progress with the “exploration of the geology of the fatherland” that the director had promised the government. Three maps were completed, providing new, valuable knowledge about the mountainous country of Norway. They were also useful, because they showed the most fertile agricultural areas in southern Norway and deposits of copper ore, iron ore, gold, coal and nickel. 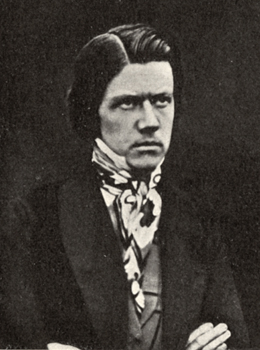 Kjerulf headed NGU at a time and within a regime where senior public officials (“embetsmenn”) dominated the Norwegian central government administration. This regime’s politicians and bureaucrats had great confidence in the academic community. For that reason, it was not perceived as problematic that there was no clearly defined line between scientifically useful results and economically beneficial results. In the 1890s, this changed. The hegemony previously enjoyed by senior public officials started to wane in the 1880s, giving way to a new era dominated by the Liberal Party (Venstre), which evolved as a reaction to the rule of senior public officials. This new era’s politicians were far less loyal to the former regime’s institutions and the authority that their predecessors had granted to academia. In fact, they had a clear bias against academia. They also set new requirements that NGU’s mapping should specifically promote economic growth and development of infrastructure.

NGU moves from the University

From this time on, the trust between the central government and the NGU was weakened. The director who succeeded Kjerulf, Hans H. Reusch, had to argue more clearly for NGU’s function and utility, and he struggled to get politicians to allocate enough money for geological mapping. However, it was not all gloom and doom. NGU, based at the University for 20 years, finally got its own premises in one of the spacious, modern apartments in Victoria Terrasse next to the Royal Palace. From the 1890s, the geologists worked in offices and laboratories set up in grand reception rooms. The staff expanded, enabling more publications and more useful deposits to be mapped. The politicians were nevertheless still not satisfied and wanted NGU to concentrate even more on surveys and assessments of commercially viable mineral deposits.

After the Second World War, the pressure on NGU increased. The academic communities at the universities wanted an institutional reorganisation of the geological exploration activities in Norway, and criticised NGU for being too narrowly focused on geological mapping. Nevertheless, there was great interest in the state geologists’ competencies. The mining industry and the smelting industry played a key role in the Labour Party’s visions of large-scale industrial development and the modernisation of Norway, and the Storting allocated substantial extraordinary funding, earmarked for ore exploration. Only some of this funding ended up at NGU, which had had to compete with the National Raw Materials Laboratory (“Statens råstofflaboratorium”) and Geophysical Ore Exploration (“Geofysisk malmleting”) for funding for geological research and ore exploration since the inter-war period. 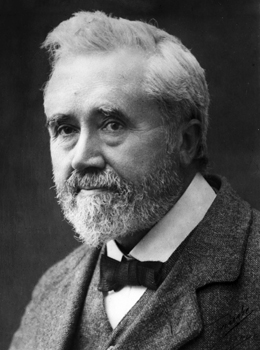 Mergers and a new era

The conflict between the three research organisations was finally resolved when the Storting voted to move NGU to Trondheim. The three geological organisations should be merged into a single institution called the Geological Survey of Norway. The merger took place in 1962, shortly after NGU had relocated to Trondheim. This marked the dawn of a new era in NGU’s history. It had tripled in size, in terms of number of employees, and had a much broader mandate than previously. At the same time, it was now also a more divided institution, and the management had to spend more time on resolving internal challenges, as opposed to profiling NGU as a societal institution.

The 1970s and 80s saw increased trust between NGU and the political sphere. This was partly due to the fact that geological mapping expanded to cover more fields (quaternary geological, geochemical, marine geological and hydrogeological, in addition to bedrock mapping). Moreover, from the 1970s the county authorities were a new and important user of geological information from NGU. After the Chernobyl disaster in 1986, NGU also demonstrated that its geological competencies could be used to measure radioactive fallout. This led to NGU reaching the public in an unprecedented way. The development of computer technology and the Internet also enabled digital geological maps and links between maps and databases, opening up a wealth of new opportunities for the dissemination of geological information to users and society.

Since the 1980s, NGU has strengthened its social profile and position. The slogan “Geology for society” hails from this decade. The new slogan highlights that NGU still strives to make sure that the knowledge they generate is relevant to society – the government administration, politicians, businesses, and the public – while also strengthening and advancing geological research.