Economics enjoyed a golden age in the period following the Second World War and up until the 1970s. For most of this period, Norway was ruled by a majority government under the Labour Party. These Labour governments played a central role in the rebuilding of Norway after the war and in the construction of the social-democratic welfare state. Economics as a university subject evolved almost in symbiosis with these Labour governments, with academics providing the government with the tools and experts they needed to shape economic policies. Together Statistics Norway, the Ministry of Finance and the Department of Economics constituted an “iron triangle” that laid down the ground rules for the national budget and economic governance.

The goal was simple: to avoid a replay of the inter-war period’s Great Depression. They needed a plan, and that was where the economists stepped in. Faith in economics as a hard science was strong.

Establishment of the Department of Economics 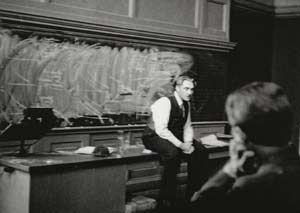 It all started in 1932, when the Department of Economics was established at the University of Oslo with the support of the American Rockefeller Foundation. At the same time, the world was in the midst of an economic crisis. The founder was Ragnar Frisch, who was also the Institute’s first director. Frisch, who had started out as an apprentice to his silversmith father, eventually chose to study economics because it appeared to be the “shortest and easiest study”. In 1934, he came into contact with the Labour Party, which at the time had strong support from a proactive trade union movement. Frisch held that economics was a hard science, as opposed to the “soft” social sciences, and actively set about building up the field as a profession.

Incorporating economics into practical politics was not new. Indeed, it had been going on since the 1850s. Under Frisch, however, the collaboration between academia and the central government administration became really close and efficient.

Alliances during the war

While the Second World War was still raging, Frisch and some of his students were working on national accounts and a national budget, ready for the rebuilding of the nation once the war was over. The Labour Party’s government-in-exile in the UK formed an alliance with this fledgling profession back home in Norway. In this way, by the time the war was over, the foundations for economic growth had already been laid 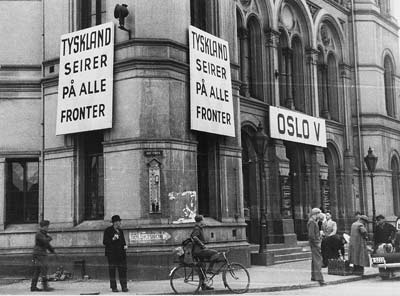 Peace came, and with it new economic models. Economists enjoyed an ideological hegemony in many countries, but in Norway one thing was different: the Labour Party was strong and had socialist planning ambitions, in contrast to many other Western countries.

Ragnar Frisch had many assistants and associates, and together they worked on comprehensive economic models in the 1950s. Life at the Department of Economics under the highly ambitious Frisch has been described as a cross between a statistical calculation centre and an intense theory seminar. Many of his young students were more interested in pursuing a career in the central government administration, than in academia. Much of Frisch’s work therefore consisted in getting the right people (read: economists) into the right places i.e. high positions in the central government. He was particularly keen to find jobs for them in the systems surrounding the national budget.

In the post-war era, the economists’ academic programme coincided with and supported the Norwegian Labour Party’s political programme. Frisch provided the Labour Party with the tools they needed to conduct macroeconomic planning that matched their ideology and practical needs. Economic experts now had the authority to predict and control the nation’s economic life – fully and completely. 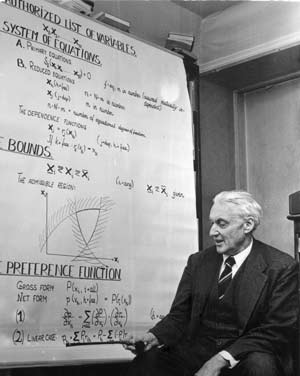 Countless students were schooled in Frisch’s economic models before he retired in 1965. Photographer unknown/MUV.

Despite his firm belief in economics as a science, Frisch and the Department did not build models that were politically neutral. There was a very close symbiosis between the Labour Party and the economists in the post-war era, and Frisch enjoyed many discussions with the Minister of Finance Trygve Bratteli. Economists would come to construct the entire national economic cycle, paving the way for a totalising form of planning. Norwegian economics attracted international attention and was hailed as a success story.

“Frisch had absolute confidence in his own and the discipline’s models,” says Trond Nordby, professor of political science. However, even though the economists in Norway were a fairly homogeneous group, they too had to deal with international treaties and agreements. There were constraints on national governance, even in the post-war period.

“The oil crisis of 1973–74 marked an important change – a moment of truth where people began to wonder whether it was even possible to create a crisis-free economy. This led to a liberalisation that paved the way for business economists as a professional group. It marked the end of an ideological hegemony. Neoliberalism won the day,” says Trond Nordby.