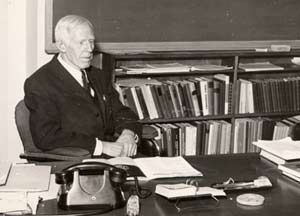 Until 2014, when the Norwegian couple May-Britt and Edvard Moser received the Nobel Prize in physiology / medicine, the professor at the University of Oslo’s Department of Chemistry was the only Norwegian to have received a Nobel Prize in a scientific field. In 1968, the Norwegian Lars Onsager was awarded the Chemistry prize, but by then he had already changed nationality and was therefore officially a U.S. citizen. For Odd Hassel, the award from the Swedish Nobel Committee brought recognition and prestige, but the world’s most important prize came late in his career. In the following years, he lived a quiet, secluded life in his house next to the university campus at Blindern.

Hassel was born in Kristiania, as Oslo was called at the time, on Norway’s Constitution Day: 17 May 1897. He came from an affluent family with strong academic interests. He started studying at the Royal Frederick University in 1915. The young student chose mathematics and physics, specialising in chemistry. After five years, he graduated with a cand. real. degree. From 1922, he studied chemistry in Germany, first for half a year at the laboratory of the internationally renowned Kasimir Fajans, then at the Kaiser Wilhelm Institut in Dahlem outside Berlin. Here he worked on X-ray crystallography. After being granted a Rockefeller scholarship, he took a PhD at the University of Berlin in 1924.

The following year, Odd Hassel was appointed university research fellow at the Royal Frederick University, which in 1939 changed its name to the University of Oslo. From 1926 to 1934, he was a senior lecturer in physical chemistry and electrochemistry. He was then awarded the first Norwegian professorship in physical chemistry. At the same time, he was made head of the newly formed Department of Chemistry. The new physics and chemistry building at Blindern marked the important position that natural sciences had achieved through their impact on the country’s economy, development and academic prestige. 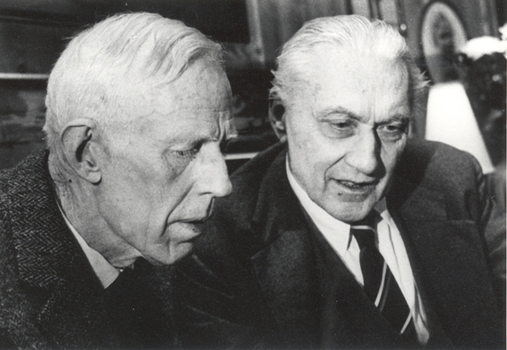 Up until 1930, Hassel’s main interest had been inorganic chemistry, alongside the well-known Ellen Gleditsch. From 1930, Hassel’s focus switched to structural chemistry and questions linked to molecular structure. He conducted research on the structure of molecules with six carbon atoms in a ring, and introduced electron diffraction as a research method. In close partnership with the instrument makers at Blindern, he designed and constructed new instruments, made out of everything from kitchen tables to test tubes from the laboratory. These instruments, combined with Hassel’s academic excellence and enormous capacity for work, laid the foundation for the work for which he was awarded the Nobel Prize.

His main article on cyclohexane was published in the Norwegian Journal of Chemistry, Mining and Metallurgy in 1943 – in Norwegian. This may have been one of the main reasons why his international breakthrough came so late. Hassel and his associates had determined the structure of the cyclohexane molecule and its derivatives. At the same time, and contrary to common understanding, they showed that many molecules in the gas phase exist as a mixture of several forms. It was this work that ultimately led to the Nobel Prize more than 25 years later.

Shortly after his article was published, Hassel was arrested by the German occupying forces. When he was released from the Grini prison camp in 1944, the Department of Chemistry was empty and deserted. Hassel was an active member of the resistance movement and uncompromisingly condemned Nazism.

After the war, most of Hassel’s articles were published in English. In the late 1950s, his research focused on complexes formed by charge transfer between molecules.
It has been argued that this work was at least as important for chemistry as his earlier research that he would receive the Nobel Prize for. 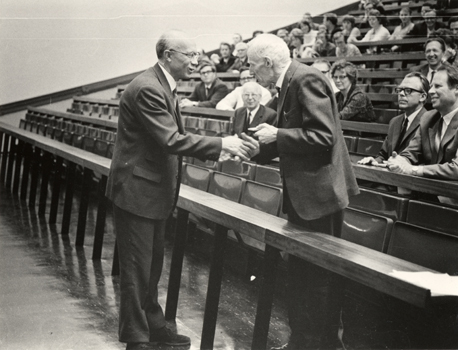 The world’s most prestigious prize

Odd Hassel received the Nobel Prize together with the British Chemist Derek Barton, who had based parts of his research on Hassel’s work. In his brief speech at the banquet, Hassel said he was delighted that young researchers were motivated to continue working on physical chemistry, and that the Nobel Prize brought both recognition and attention to the field. Norwegian newspapers and media gave the 72-year-old professor considerable coverage. However, his death in 1981 received very little attention. The news of his death reached Blindern a few hours before the annual Hassel lecture, which is still given by internationally distinguished chemists.

Hassel, Nobelprisen i kjemi i 1969