A brief history of the University of Oslo

The University of Oslo is Norway’s oldest and largest university. Until 1939, it was called the Royal Frederik University, or Universitas Regia Fredericiana in Latin. The institution was named after Frederik VI, King of Denmark-Norway, who founded the University. 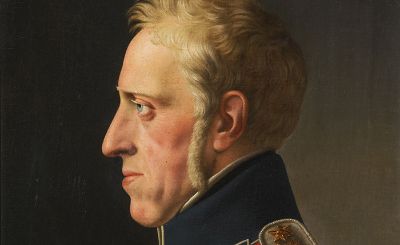 From the 1400s on, Norwegian students commonly went to the University of Rostock to study. After the Reformation, everyone who wanted to hold a senior official post in Norway had to have studied at the University of Copenhagen.

The first calls for a Norwegian university were voiced in the 1660s. But it was not until more than a hundred years later that a formal request was submitted to the Danish king. The request was based on patriotism, and the King feared political repercussions if Norway was allowed to have its own university. The request was denied.

A new request for a Norwegian university was submitted in 1809. Two years later, the Royal Frederick University was officially founded.

Important years in the University’s history

1811
The University is founded by Frederik VI, King of Denmark-Norway.
Kongsberg is rejected as a university town in favour of Christiania.

1812
At the beginning of the year, the King bequeaths the Tøyen estate to the new university. It is decided, among other things, that duplicates from the book collections in the Royal Library in Copenhagen will form the core of a new university library.

1813
Teaching starts, initially in rented premises. There are four faculties, seven professors and 18 students at the University. The students are primarily would-be senior public officials (“embetsmenn”). In 1820, Mariboegården in Prindsens gate is purchased for use as the main university building.

1834
The University Astronomical Observatory at Solli is inaugurated, designed by the architect Christian Heinrich Grosch. The Observatory becomes an important symbol of nation-building and the state’s ambition to be a science nation.

1841
The cornerstone is finally laid for a dedicated university complex, designed by the architect Christian Heinrich Grosch in collaboration with Carl Friedrich Schinkel.

1852
All the faculties move into the new buildings on Karl Johans gate.

1880
From the 1880s on, research becomes an increasingly central part of the University’s activities.

1923
It is decided that the Faculty of Mathematics and Natural sciences will move to a new building in Blindern.

1936
The Blindern campus is officially opened by King Haakon VII.

1939
The Royal Frederick University is renamed the University of Oslo.

1943
The University of Oslo is closed. Male students and employees are arrested by the occupying forces.

1950
It is decided that all further university development should be in Blindern.

1962
The first buildings in Øvre Blindern start being used. The post-war baby boom generation flock to a modern, diverse university for the masses.

1993
The University gets its first female rector, Lucy Smith.

2003
The Quality Reform is introduced, with changes in degree structure, curricula and examination forms.