8th norwegian conference on the history of science 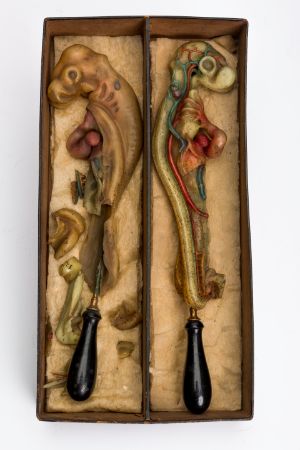 The 8th Norwegian Conference on the History of Science was scheduled for 2020, but had to be postponed due to the pandemic. In lieu of the conference we arranged two webcast events in 2020

Franziska Torma: Exploration, the media, and the Body: Sensuous Geographies of Ocean Research

Nathaniel Comfort: Are Genes in Fact the Secret of Life? Comforts public lecture and the ensuing panel discussion can be viewed here.

The 8th conference was finally held in December 2021 and was hosted by KHM/MUV.

Key note speakers at the conference

Standing in the shadow of giants. Christopher Hansteen's contribution to the study of terrestrial magnetism between Alexander von Humboldt and Carl Friedrich Gauss. This is a public lecture and will be held in Norwegian. More info here.

Enebakk's forthcoming book on Christopher Hansteen, Vitenskapsdyrker og polarforsker (Pax forlag), focuses particularly on Hansteen's international contribution to the study of terrestrial magnetism in the first half of the 19th century.
Enebakk has a background in intellectual history, a PhD in science studies, and has specialized in history of science. From 2005 to 2012 he was affiliated with Forum for University History at the University of Oslo where his research on Hansteen was conducted. He has been curator at the Norwegian Museum for Science, Technology and Medicine (NTM) and editor of Nytt Norsk Tidsskrift (NNT), and since 2014 he is director for the National Committee for Research Ethics in the Social Sciences and the Humanities (NESH). He also initiated the first annual conference for history of since in Norway in 2007.

Anna Storm is Professor of Technology and Social Change at Linköping University, Sweden. She holds a PhD in the History of Technology from KTH Royal Institute of Technology and is Docent (Associate Professor) in Human Geography from Stockholm University. Her research interests center on industrial and post-industrial landscapes and their transformation, comprising both cultural and ‘natural’ environments, in physical and imaginary sense. Such landscapes challenge the way we understand ecology, aesthetics, memory and heritage, and trigger concerns about power relations. Currently, she leads several multidisciplinary research projects exploring aspects of nuclear energy history and heritage in a north European context, including not only mundane practices related to atomic fish but also questions of information transfer to future generations about radioactive waste, and processes of decommissioning and human abandonment of contaminated territories.

Historicizing intelligence: Tests, metrics and the shaping of contemporary society

Kyllingstad leads the RCN-funded project Historicizing intelligence, which deals with the history of IQ-testing and the emergence of intelligence as an object of scientific inquiry in Norway. Intelligence as measured by IQ-tests is not merely a scientific concept. It is also a diagnostic tool, a bureaucratic device, a legal concept, a popular-cultural notion and more. Kyllingstad will discuss how and why a historical study can shed light on the multiple ways in which intelligence is entangled in science and society. Kyllingstad is a historian and works with the history of science and academic institutions in the period from about 1870 to 2000. He works at the Museum of University and Science History which is a section of the Museum of Cultural History (UiO).